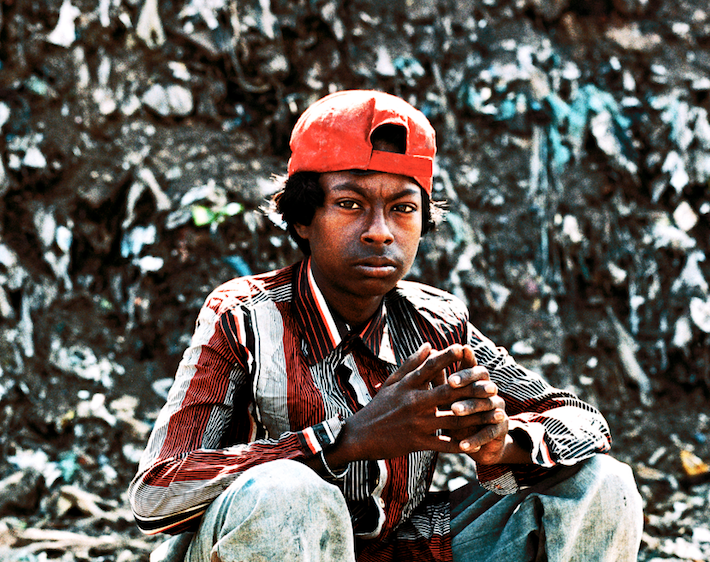 The Repair Acts Exhibition emerges from on-going dialogues among network members, as well as early-stage research into the history of repair business in Bristol and prior research on mending practices in the South West of England. The work exhibited focuses on labour practices, the aesthetics of failure, planned obsolescence and the contemporary relevance of tradition, craft and skill. The work collectively reflects on the fragility of the material world and our bounded, physical, entanglements with it. As Elizabeth V. Spelman notes in her book ‘Repair: The Impulse to Restore in a Fragile World’ (2003):

“To think about repair requires us to recognize our own failures and imperfections and those of the world we live in…” (p. 138).

These imperfections in part, relate to what infrastructure scholar Steven Jackson calls ‘broken world thinking’, whereby life itself is constituted in relation to the care of existing ‘things’, as opposed to the continual invention of the new. This orientation is identified by Mierle Laderman Ukeles in her seminal ‘Manifesto for Maintenance Art” (1969) as the ‘life instinct’, which she describes as the eternal return to doing what is required for the maintenance, equilibrium and survival of all species. It is also expressed through the language of “articulation work” (Leigh Star and Strauss, 1999) or what Ingold (2013) calls ‘thinking through stuff’, and the lively knots that emerge when we make, mend and build.

The focus for the exhibition extends beyond the professional realm of arts and crafts into the daily labours involved in picking up, sorting out and dealing with dirt, the discarded
and wasted. Ravi Agarwal, in the catalogue accompanying his Trace City series, places this conversation within the “invisible terrains of marginality” that make up our “contemporary global understandings of an anthropogenic planetary future and ideas of progress”.

In the aura of everything marginal lies signs of our futures. Ravi Agarwal’s Trace City series documents landfill sites in India. The image of the waste picker captures simultaneously the dignity of the worker and the deep caste, gender and class hierarchies that structure human societies.

The daily position that a shoe repairer takes on the streets in New Delhi becomes the focal point of the image, as the body’s expression becomes inscribed on the pavement wall.

Exploring the aesthetics of planned obsolescence, Kindle Glitched is a series of broken Kindles donated, found or bought on eBay and signed by the artist. The defected images, resulting from the malfunctioning devices, are fixed onto the screens as a permanent display of failure.

Coded Boilersuit explores how everyday white goods (washing machines, fridges) are increasingly becoming locked down, requiring diagnostic software to detect and fix the broken parts. As a result, maintenance workers are moving away from manual repair to becoming information technology specialists, whose privilege and skill lies in holding the permissions to unlock customised software. Visualising such standardisation across repair professions, the accompanying poster illustrates the normalisation and positioning of such change.

Taken from the project Small is Beautiful? Visual and Material Cultures of Making and Mending, this image captures the frozen poetics of an object, waiting to be repaired at Helen Warren’s workshop in Budleigh Salterton, Devon.

As part of the Repair Acts programme 2018, three workshops took place in Bristol, New Delhi and Falmouth. At each workshop, participants were asked to bring with them an object which represented what ‘repair’ meant to them.

Small is Beautiful? Visual and Material Cultures of Making and Mending, Steve Bond and Caitlin DeSilvey

Small is Beautiful? was a two year (2010-2012) project in which two cultural geographers (Caitlin DeSilvey and James Ryan) and a photographer (Steven Bond) set out to find, visit and document workplaces in the South West where people fix broken things. The project resulted in a series of exhibitions, an on-line portfolio of images, and a publication (Visible Mending, Uniformbooks, 2013).

As part of the preview evening, sound engineer and amp repairer Robert Leadbeater takes us through his practice, demonstrating the steps necessary for repairing a vintage Italian amplifier. On display will be a collection of valves from 1940’s English radios.

In 2013, Nick Hand from the Letterpress Collective, Bristol, asked his friend Robin Mather to build a bicycle that could carry an Adana 8×5 printing press. Following the footsteps of the Journeymen printers of the 18th century, Nick cycled from Bristol to Mainz printing along the way, in homage to Johannes Gutenberg (the inventor, in 1450, of printing with moveable type). In 2017, Nick cycled from Land’s End to John o’ Groats on the Printing Bike. On this journey Nick printed postcards in towns and cities, celebrating the objects and processes they were most famous for producing. On the opening night, Nick will be demonstrating how the bike works and creating a special one-off print.

Over 2018, Teresa Dillon and Carmela Pietrangelo carried out research on the history of repair business within a square mile of Bristol city. Taking a 20-year time slice they explored business registers, insurance logs and archives for the years 1938, ’58, ’78, ’98 and 2018. Working with print maker Arthur Buxton a selection of advertisements from these years, were recreated. The accompanying black and white symbols are extracts from various repair advertisements, which illustrate the changing trade associate symbols and seals of quality and assurance. Data generated from the project is also presented in the form of maps and graphs, which sit on the way into the gallery space

Thanks to Carmela Pietrangelo for research and production assistance, Steve Bond and Jono Lewarne for their supports in preparing images. Ben Barter at the Digital Print Studio, UWE and to Michelle Scoplin and the staff at CREATE for their in-kind support.

Repair Acts was supported by AHRC under the Network grant scheme, 2018–19 and led by Teresa Dillon at the University of the West of England.

Small is Beautiful? Visual and Material Cultures of Making and Mending (2010-12) was supported by the AHRC and led by Caitlin DeSilvey at the University of Exeter.