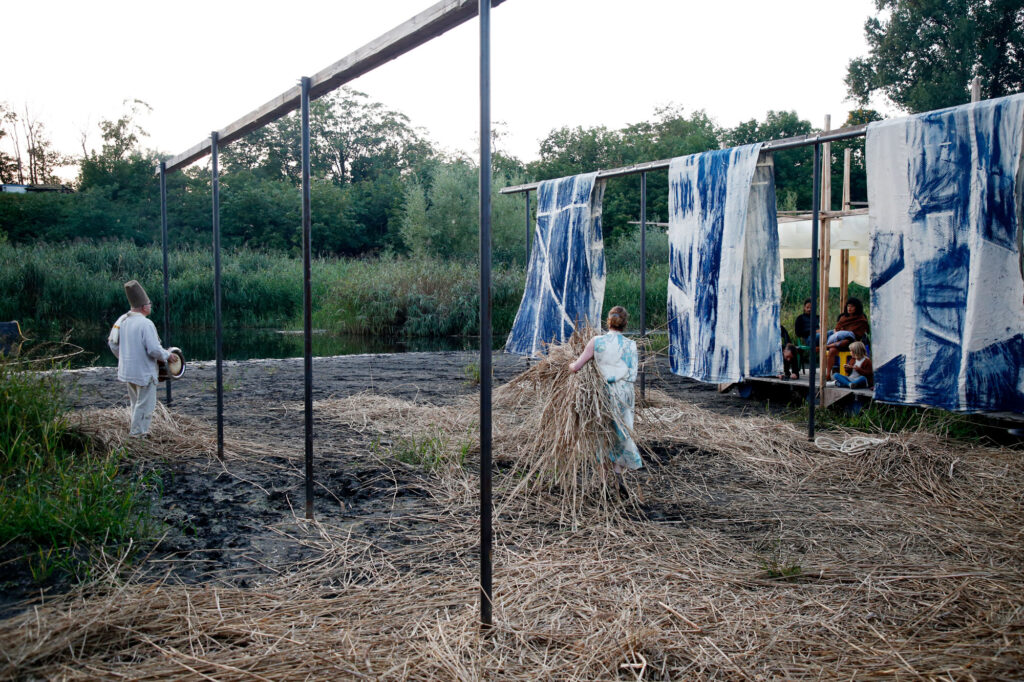 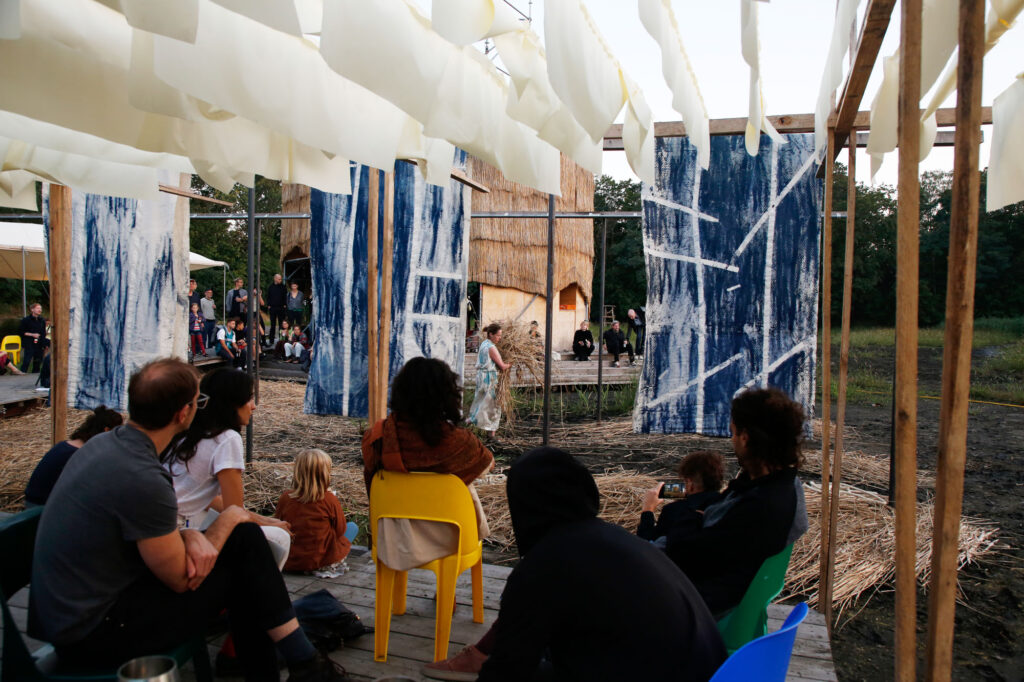 As humans we celebrate the our life cycles marking them through birth, death and other rites of passage. What potential is there in marking the life cycle of other species in bringing us into a more attentive awareness of our surrounds? A site-based ritual constructed for reeds that surround the Floating University, Berlin. Calling into the Now looks to the role that ritual plays in supporting the ontological shifts necessary to move from human-centered to more earth-bound positions.

Situated at the Floating University, Berlin Calling into the Now looks to the role that ritual plays in supporting the ontological shifts necessary to move from human-centered to more earth-bound positions.

The Floating University site was originally constructed so as to control of rainwater levels associated with the Tempelhofer Feld in Berlin. Previously an airport, the Feld is now one of the cities most important green recreational spaces. As result of creating the rainwater basin, various species over the years have come to inhabit the area, including a number of reeds, which circumnavigate the site. Addressing the reeds, Call Into the Now looks to how ritual practices can create bridges between human and other species, specifically by bringing attention to the life cycle of the reed.

Witching the logics and languages of site ‘use’ Call Into the Now conjured the spirit of the non-human animal, watery life forms, avian creatures and other species spirits that make up this site.

Part one took the form of a gathering in which we welcome and honour the species present within Floating this  where members of the human communities working at Floating were invited to take part in workshop session (27th June 2021), where guided visual mediation was used as a media through which to connect to the reeds, their form and their life cycle. Follow on from the mediation those gathered were asked to record their impressions and sensations of the thinking-with the reeds. These recorded sensations became the bases for the the passage that was read a loud during the performative procession, which was carried out on the opening evening of the Climate Care programme (3rd Sept), with musician and artist Gordon W on drums.  A discussion on the work and its relation to post-human legalities was later held with other scholars and practitioners on the site (8th Sept 2021).

Teresa Dillon (concept and performance); Climate Care, Gilly Karjevsky & Rosario Talevi (curators); Gordon W (drums). Eliza Chojnacka (assistance). Thanks to all who participated in the workshop in which the text for this ritual was developed.